Gay tourism or LGBT tourism is a form of niche tourism marketed to gay, lesbian, bisexual and transgender (LGBT) people.They are usually open about their sexual orientation and gender identity but may be more or less open when traveling; for instance they may be closeted at home or if they have come out, may be more discreet in areas known for violence against LGBT people.

The main components of LGBT tourism is for destinations, accommodations and travel services wishing to attract LGBT tourists; people looking to travel to LGBT-friendly destinations; people wanting travel with other LGBT people when traveling regardless of the destination and LGBT travelers who are mainly concerned with cultural and safety issues.[4] The slang term gaycation has come to imply a version of a vacation that includes a pronounced aspect of LGBT culture, either in the journey or destination. The LGBT tourism industry includes destinations (tourism offices and CVBs), travel agents, accommodations and hotel groups, tour companies, cruise lines and travel advertising and promotions companies who market these destinations to the gay community. Coinciding with the increased visibility of LGBT people raising children in the 1990s, an increase in family-friendly LGBT tourism has emerged in the 2000s, for instance R Family Vacations which includes activities and entertainment geared towards couples including same-sex weddings. R Family’s first cruise was held aboard Norwegian Cruise Lines’s Norwegian Dawn with 1600 passengers including 600 children.

Major companies in the travel industry have become aware of the substantial money (also known as the “pink dollar” or “pink pound”) generated by this marketing niche, and have made it a point to align themselves with the gay community and gay tourism campaigns. According to a 2000 Travel University report, 10% of international tourists were gay and lesbian accounting for more than 70 million arrivals worldwide. This market segment is expected to continue to grow as a result of ongoing acceptance of LGBT people and changing attitudes towards sexual and gender minorities. Outside larger companies, LGBT tourists are offered other traditional tourism tools, such as hospitality networks of LGBT individuals who offer each other hospitality during their travels and even home swaps where people live in each other’s homes.Also available worldwide are social groups for resident and visiting gay, lesbian, bisexual and transgender expatriates and friends.

Click on the city or island of your choice

to see prices and informations 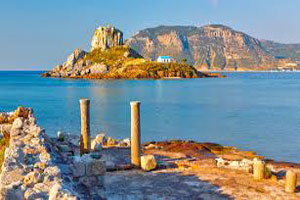